When travelling, previously we all like to know something about the place we´re going to. Getting some information can make our destination more desirable, so when we get to that place and realise that all we´ve seen before is true, we can truly say: "wow! it´s even better than I expected". But some things can´t be known until you get to your destination, and even there, you may lose some interesting facts if nobody tells you about them. So we always use to tell some things that History books or touristic magazines won´t tell you. 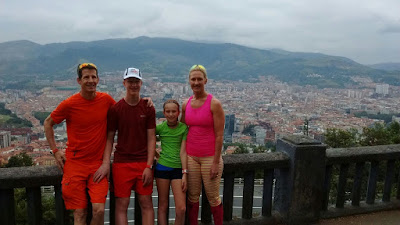 Four Things we say in our Tours

Red Bull Cliff Diving finals have taken place in Bilbao twice, in 2014 and 2015. Divers jumped beside of Guggenheim Museum, from the bridge above it. Just 27 metres high. And the most impressive thing was the typical Basque dance called Aurresku that a dancer played from the jumping platform just before the show. When we run under the bridge, some people don´t get to believe what we say, but yes, they jump.

When Athletic Club plays in San Mames stadium, thousands of fans meet at Licenciado Poza street. This street ends right at the stadium, so all the fans go all along the street making several stops at the bars around. It´s easy to get to the stadium, as the team´s shield on the wall of San Mames is visible from every point in the street. As people walk to the stadium, it´s easy to understand why it´s called The Cathedral.

When talking about Bilbao, we always emphasize on how dirty it was twenty years ago, after decades of industry pollution and a few respect to our environment. But nowadays, the quality of the water has increased so much that every year since 2011 a triathlon it´s celebrated in Bilbao, whose swimming part takes place in La Ría. Twenty years ago nobody would believe this was going to be possible, so there´s still someone who makes jokes about swimmers getting out of the water with four arms and eight eyes.


- Rain stops when there´s a running tour going on.

Basque Country is a very rainy place. It´s true that most of our tours are done between April and October, when weather is supposed to be a bit better, but rain comes anytime of the year. Hopefully, now that we´ve done a quite good amount of running tours since this project began, we´d say that only two of them have been done while raining. So, in case you´re afraid of getting wet while running with us in Bilbao, don´t worry, rain will stop! 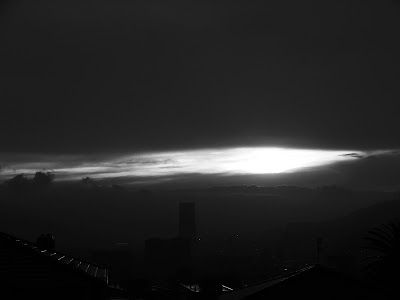 "And I wonder, still I wonder, who´ll stop the rain"
Creedence Clearwater Revival