R.E.M.´s song says that "it´s the end of the world as we know it"...and we say that it´s "the end of 2014 as we know it". But no matter about the end of the year, 2014 will be in our minds forever. Actually, I think that every year has good things to remember, but this one has been very special. Lots of facts, lots of new people, new projects...great things have happened this year! 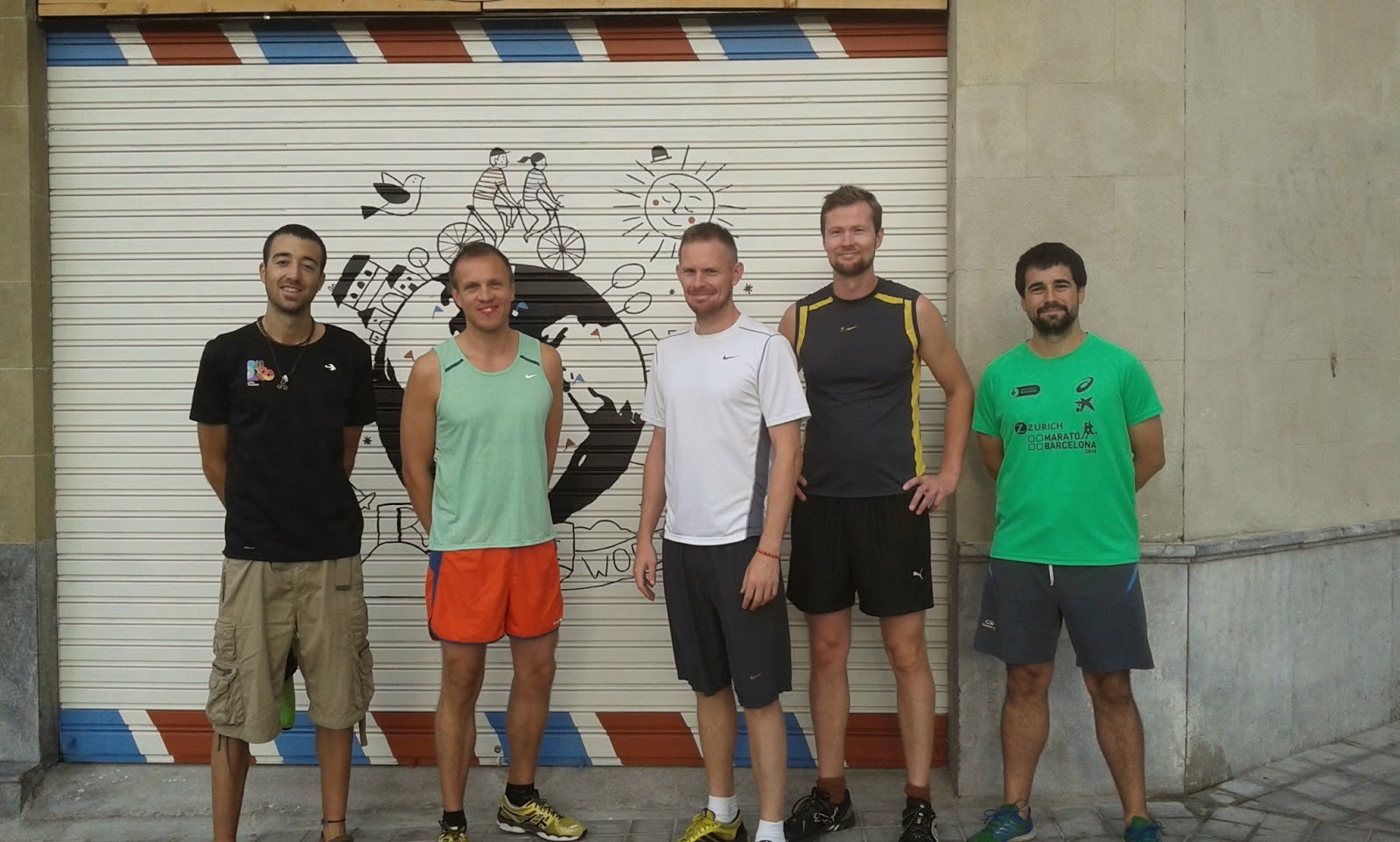 We started adding two new circuits to our tours; one of them has been already tested by Rhonda, the nice Australian visitor who knew Bilbao through the lens of Modernism...The other circuit, the one which goes to the top of Ganekogorta, hasn´t been tasted yet. Isn´t there any brave runner who wants to run to 1000 m.high?

Our new ciruits, and also the classic tours that we offered since the very beggining of Running Tours Bilbao, have been shown at Go! Running Tours. Here, we found the friendship of Lena and Robin, always helpful and kind in anything that we needed. So, after saying "Thanks guys!", we´d like to say that this platform was the base for the most important goal that we´ve achieved in 2014, and probably the biggest goal in our short life too: the Suomi experience.

Some of you may ask what is the Suomi experience...well, Suomi refers to Finland, and Finland refers to great people who flooded Bilbao in the end of August and the beggining of September. Because of the Basketball World Cup, thousands of Finnish fans came to Bilbao to support their team. By the way, they showed us a great behavior and a very nice friendship, and some of them showed us their running skills too! We must give special thanks to Harri Hollo, the man who did a great marketing for us in Finland, after knowing him through a contact that we did via Go! Running Tours. We said this in September, but we´ll say it again: thanks Suomi! We realised that our work makes big sense more than ever, and they brought us strength to keep on working.

Afterwards, we didn´t have enough runners to make it a perfect end of tourism season, but we were happy enough. Aaaaaaall the Suomis, Rhonda, Mili and Geoffrey, Inge and Fred, John (this guy and his girl couldn´t run with us because I got injured just before the tour, but they understood the situation perfectly and their patience and comprehension deserves also a big thanks!) and Domingo, the last client. Thanks to all for trusting us, and we must let you know THIS.

During the year, there have been much more things to tell, like the Kosta Trail, new legends, and many other things that I´m pretty sure Sergio could tell you. They all build our passion for running, our friendship, our passion, and maybe our lifes. Let´s keep on running, let´s keep on enjoying this things, and let´s continue meeting new people! May the 2015 be much greater than 2014!

Health and kilometers for all of you!