Running: Met my mate Sergio after lunch to do a 12 km run. We had great sensations. Good rythm, ending slow, we're happy while we don't stop thinking in our goals, Marathon in Donostia and Behobia - San Sebastian, both in November.

Cycling: I had to get my chip for the Behobia, but before that, a friend had to borrow me a computer to do some works. Meanwhile, my brother texted me: "Dominique Wilkins is playing basketball this afternoon near to Euskalduna Palace!" I had three things to do, and just and hour to do them. No better way than cycling to those places! After the 12 km. run, I did about 10 km. over my bycicle. Nice workout for a duathlon..

Basketball: Dominique Wilkins! Slam dunk champion, NBA legend, one of the greatest basketball players of all time...I couldn't miss the chance to see him, to be as close as possible of the first basketball star I've ever seen. And so I did. Nice guy, big guy, and still good shooter.

After this sporty-afternoon, I'll have to work for a couple of hours, before going home again. That way,  I'll deserve a little rest! 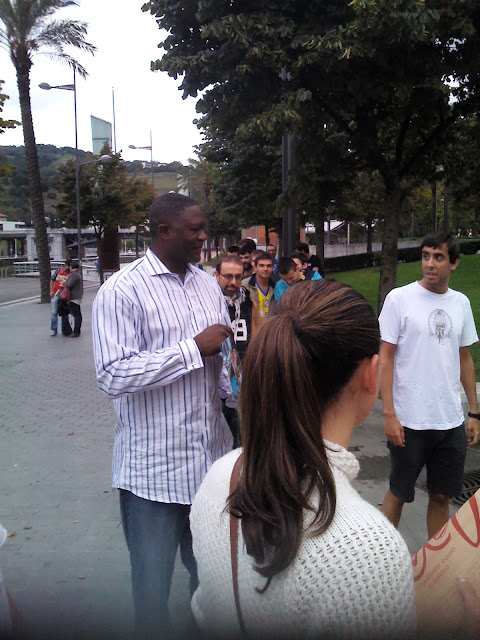