One year ago I was anxious for running the Bilbao Night Marathon. But this year, my goals for the next season have changed, and the situation is completely different.

My mate Sergio has already set the main goal for the next months: Maratón de Donostia ´13. In my case, one of my goals is going to be Behobia-Donostia, a 21 km. race which is very popular. Anyway, and as that race is too crowded, I´m thinking about running the Half Marathon in Donostia too. This way, Sergio and I would repeat what we did almost a year ago: the Master runs 42 km. and the student runs 21 km. 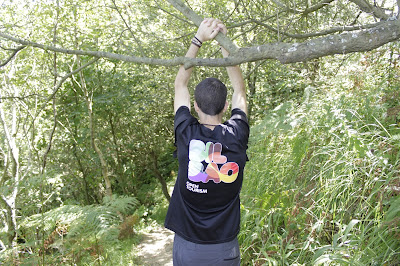 As this year I´ve also run I Bilbao Mendi Trail and Kosta Trail, I´m pretty sure that those are going to be some of the goals to get ready for in 2014. But before winter comes and before I start running frequently in the mountains again, I want to do some other race.
Nowadays, I´ve got two options on my mind, a real one and a not-so-real one. As I´ve said before, the Half Marathon in Donostia can be one of those two options. The other one would take me to the next level, and I would stand by the side of my Master, Sergio. I´m talking about  Maratón de Donostia ´13.
Last two months I haven´t had too much time
to run. I´m afraid that if I think about the marathon, then I won´t have enough time to get ready for it.
Because of that, from now to the second week of September I will think about it, try to train hard, and if I see myself ready...I´ll go to the next level!