If you want, you can

My first running season has been a good test to know how great running is. Comparing it with basketball, which I´ve been playing for 9 years, both have brought me nice feelings. But even if I don´t know what my future will be, nowadays I see myself running up and down, sliding over mud and grass, and keeping hard until I reach my goal. Even if some arguments make running seem worse... 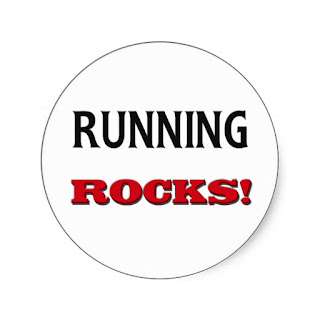 - When I played basketball, every season I spent money buying shoes and paying the player licence. Additionally, year by year some clothes got old and I had to buy new ones. In the end, the overall spending was about 200 €, which is quite good considering that I played a match almost every weekend from October to May and I had a physical examination previously to the beggining of the league. Since I run, I have to pay a physical examination if I want to do one. And from October to May, I had to pay every race that I wanted to take part in. Buying some running clothes is also needed every year. I think that in the end I´ve spent more than 250 €.

- Basketball is about teams: it brings you great moments such as jokes in the locker room, celebrations when winning a match or people that supports you when you´re not playing well. When I run, there are no locker room moments, and there are no wins to celebrate. No as in basketball at least...And if I´m not running well, which means to feel bad or have some kind of pain, even if there´s people supporting me around it´s only me who can fight against that fact

- In basketball, achieving goals is something that all the team must think in and work for it. But if someone doesn´t share that idea, shelfisness appears and the team becomes just a group of individuals. This way, winning becomes a very hard task, and your effort could be not rewarded. But in running, when you set a goal such as running 30 km. or reaching a top of a hill, it depends on you to do the effort and get there. There´s no selfishness: if you want, you can.

- Basketball is usually played under a roof which covers you from rain, and usually it helps to keep the court warm. If you´re tired, you just have to tell the coach, and he´ll give you a rest. Sit down, drink water and get ready to play again. In running, sky is the only roof, and if you get tired, no one will replace you. Drink water when you can, but never stop. And sitting down becomes possible only when you fall while running down a hill.

- Basketball has some lines which are limits, and out of them you can´t play. It´s like being trapped in a box. In running, no line limits your moves, and every feeling is great and just the opposite to feeling trapped.

As you see, there are different arguments in favor of both sports. But when something inside you asks for nature, speed and big efforts...run!