9th of June is getting closer. That day we´re going to run the Kosta Trail ´13, so these weeks we´re trying to get ready for it. For me, it´s going to be a great goal to achieve, as I´ve never run more than 24 km. Anyway, I see myself able to do it, because this situation is not new for me.


A year and a half ago I started my transition from basketball to running...I still remember the first day that I ran with my mate Sergio. We did 12 km. through the St. James Way in Bilbao. It was Saturday morning, and when he told me that we had run such a long distance, I felt really proud of it. After that day, when I ran, I used to do the same distance, so bit by bit, I felt better and better.
At the beggining of last summer, I was already able to run more than 12 km. One day, I met Sergio and run for about 15 km. We ran by the side of the river, doing the circuit that we know as Modern Bilbao. It was a hot day, so in the first half of the run we took our shirts off and did what we called a "Pecho Kupricka". After that day, everytime that I ran I tried to do not less than 15 km., and at that moment I started to think on running the Bilbao Night Half Marathon.
At the end of the summer, one day we ran 20 km, but I got hurt on my left knee. There was only a month and a half remaining until the Half Marathon, and I was afraid of not having enough time to recover. Anyway, I took care and I did palliate the injury, so I ran the Half Marathon, besides doing a great time!
And when 2013 began, my friend Sergio and I aimed a new target: Bilbao Mendi Trail. It was our first trail, a 24 km. long circuit around Bilbao full of beautiful landscapes and slopes, so we couldn´t let the chance pass up. It took me two hours to end the race, even if I ran after a week of being sick. In the finish line, my sensations were all good. 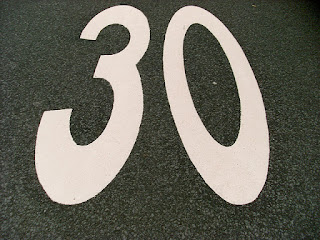 As you see, my self esteem has rised proportionally symmetric to my running capacity, so it didn´t take me too long  to decide that I was going to run the Kosta Trail 2013. It´s a 30 km. race, so the distance is not a joke. But the way goes by the side of the sea, lots of runners take part in it, and achieving new goals is always good.
Is going to be a beautiful race, but also difficult, so I won´t consider the distance until I go through the finish line, and I hope to write possitive things about it soon!