There is only one month remaining until Kosta Trail 2013. Bilbao. Open Tourism is getting ready for, but as you know, BOT is formed by two runners: Sergio and me. And each of us is doing quite a different training for the race.

Apart from our jobs, which doesn´t allow us to train as much as we would like to, when we run we both look to Kosta Trail, but in different ways. At this point, I think there are two kind of runners. The discipline lovers, those who trust in routine before a race, and the good-feeling-lovers, which prefer to be free of routine and trust sensations. 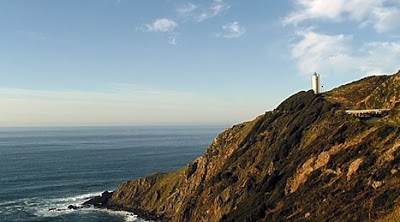 My mate Sergio thinks about a kind of routine, including long distance run, trail running, short sessions...He works minutely in his preparation, as far as family and job let him run. He also takes care of feeding properly, even if sometimes he goes on party with some friends...It´s also important to strengthen abdominals and lumbars, and that´s something that he doesn´t forget as part of a good training. And finally, the days before the race he´ll be about to do meditation and pray for strength not to leave his legs during the race.

In my case, success depends on how I feel the day of the race. Obviously, the previous weeks I´m trying to run enough kilometres to get ready for the race, and I´ll try to avoid any kind of injury. But I never think about running a certain number of days per week, in longer or shorter sessions. I just run as much as I want each day. If I´m tired, I run an hour. If I´m feeling good, I run in the mountains. I take care of eating enough not to feel hungry, that´s all. Only the day before the race I´ll try to have some pasta, and 9th of June, a good breakfast will be enough to have a nice run.

Perhaps I should change these habits, but I wouldn´t feel comfortable with a routine. The worse thing of thislack of discipline is that I´m not completing my training with some exercise for lumbars and abdominals, so the day of the race probably I´ll have some trouble. But I just assume that´s the price I´ve got to pay for being undisciplined, while this fact is what makes me happier than if I had a routine. Anyway, I´ll pray for strength not to leave my legs during the race too!

As you see, the same race can be prepared not only in two, but in many different ways. Discipline assures a good result in the race in 90%, unless any injury spoils the previous work. Being more undisciplined doesn´t assure nothing at all, but it can be enough to finish the race and be happy with the result if you don´t like routine.
Now, tell us what kind of training do you prefer!